Claire has worn many hats over the course of her career and currently divides her time between directing, producing, general management, Stagescripts, and theatre programming at the Vera Fletcher Hall in Thames Ditton.

She read English and Drama/Theatre Studies at Royal Holloway College, London University and has attended the Stage One Producers Course.

She started in the profession as assistant to the Principal of the Guildford School of Acting from where she diversified in to teaching drama in a number of Surrey prisons. She was offered the opportunity to work with theatrical agency John Redway and Associates and was shortly running the personal management side of Hobsons International.

Following a career break to raise a family and home educating both children, she returned to the profession as a producer and has director. She is also an acquisition agent and advocate with rights manager Stagescripts and programmes two seasons a year at the Vera Fletcher Hall in Thames Ditton. In 2019 she has worked alongside Paul Taylor Mills as Co-ordinator of the inaugural MTFestUK at the The Other Palace, showing-casing new musical theatre, and will be reprising that role in February 2020 at The Turbine Theatre in Battersea. She also c0-produced with Sharp Image Company the European Premiere of award-winning  New Zealand play Anahéra by Emma Kinane at the Finborough theatre. She directed a rehearsed reading of Nicholas McInerny’s play LAZYeye in February at Above the Arts and and a rehearsed reading of Albert Belz’s Astroman for the Vibrant Season at the Finborough. 2019 concluded with producing and directing Alan Ayckbourn’s Season’s Greetings at  the Manor Pavilion in Sidmouth and taking on the role of Production Co-ordination at the Turbine Theatre. 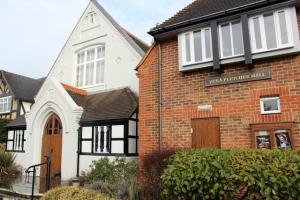 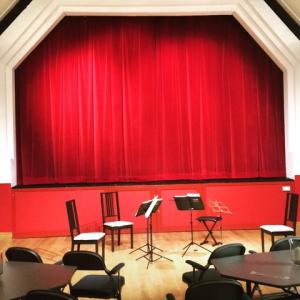